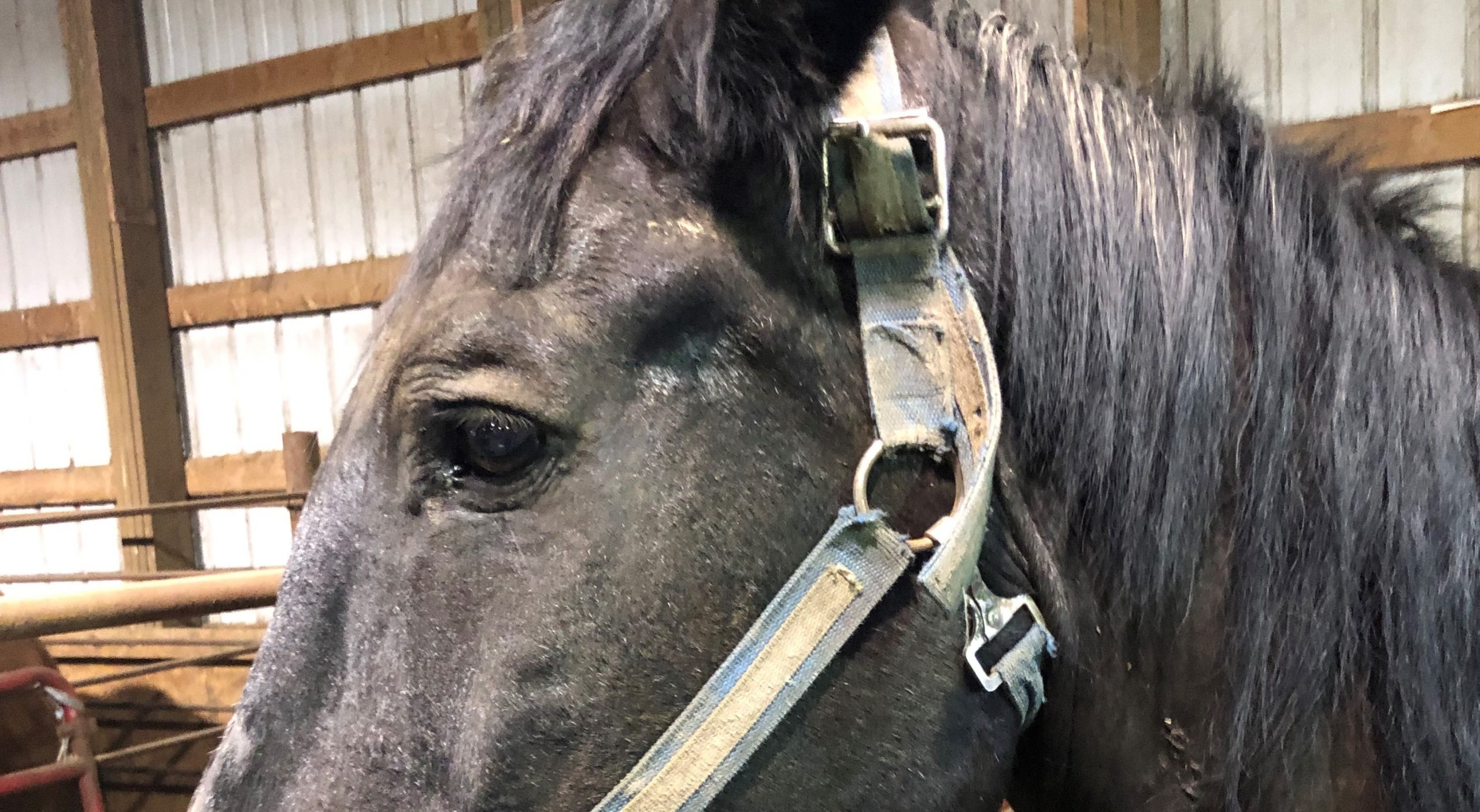 I know my name is Mufasa. Or it is now anyway. I had a different name before. I had a different home before. I had a different life before. But, none of you knew me then. None of you knew me when my body was strong. None of you ever got to see what a majestic animal I was. I worked so hard for my owner. I did everything he asked of me. And I have the scars to prove it. He worked me hard and I did what was asked of me. But, just like him, I got older. The work became harder for me. The food he would give me was not enough anymore. I tried and tried to do my job everyday, but it became so hard. And then one day, he loaded me onto the trailer. I had no idea where I was going, but it was nice to be riding instead of pulling.

We pulled up to a large building with many other trailers. I could hear dozens of other horses and at first, I was a bit excited about who my new friends would be. But, I soon realized that the others were scared. There was so much desperation in their voices. So much fear. And then there were those who just stood quiet, with their heads down, almost as if defeated. I no longer wanted to meet any of them. I no longer wanted to make friends. I quickly realized that this was not a new home for me. I was unloaded and led into a small pen where I stood, for hours, on concrete with no food or water. My owner left me there without saying a word. He didn’t even want to keep my halter. I think I was forgotten as soon as he walked out the door. All my years of faithful work, forgotten. I became one of the forgotten. One of the ones you never hear from or see again. One of the ones that people like to pretend don’t exist. But, I do, though I no longer much wanted to.

More horses came in after me, but I no longer cared. It had become clear that I would either die here or somewhere else soon. People came in and they would stop briefly and look at me and talk about how old I probably am. They would walk away and start cooing over the younger horses who were in way better shape than me. I used to look like that though. Before. And so I just stood there. My head getting lower and lower. My legs aching from standing on the concrete. And my mind drifted off to happy times. Days of sunshine and friends and running through the fields. I was lost in this dreamland when I suddenly heard a gasp. I looked up briefly to see a girl standing there, trying to reach her hand to me. I turned towards her and she gasped again as she saw my broken lip. I quickly turned away to try to hide it, sure she would walk away. But, she didn’t. She stayed with me. For a long time. Eventually she did walk away as I heard her say “You’re coming home with me today, I promise.” 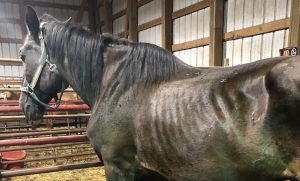 It took several more hours before I saw her again. And when I did, I was in a ring surrounded by people who looked at me funny. I felt as though I was a novelty to them. There was no affection or compassion on their faces. It made me feel very uneasy, but as I was turned around, I looked up into the stands, and there she was. The girl who promised to take me home. My hopes began to rise as I saw her bidding against these other people. But, they kept going. I was getting so nervous about who would win me. Would she keep her promise? I began to feel as though she wouldn’t be able to. Everything happened very fast and as I was led out of the ring, I had no idea where I was going. I imagined I was going straight outside to the pens with all the screaming, scared horses in them. I didn’t want to go out there. I would have rather just laid down where I was and died. Instead, I was turned and moved back into the pen I had been in. There were very few horses left in the entire building by then. I still did not know my fate and worried and feeling defeated, I let my head hang even lower as my legs ached even more from the concrete.

And then…there she was. The girl who had promised me was there. She came up to me again and told me everything was going to be ok now. She told me I was safe. She told me she would take care of me and make sure nothing bad ever happened to me. And I felt alive again. She had to leave again, but I now trusted her. She had made a promise and she had kept it. The people who owned the building brought me out to the trailer and I happily climbed on with the others she must have made promises to. We were all brought to the same place and we got to stay together while we adjusted to our new surroundings. Some of them were still scared and a bit afraid of her. But, not me. She would pet me and talk to me and bring me so much food. Soon I began to feel stronger and I heard others say how much better I was looking. I feel better too. I had a different name before. But, now, I know my name is Mufasa. And I like it. 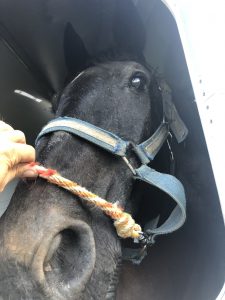 Mufasa’s story is no different than so many that we see at the slaughter auctions. The old, the thin, the “washed-up”, the “useless” all dumped off like yesterday’s garbage without a second thought. I was that girl that made him the promise, but I could not have done so without the help from all of you. We shudder to think of where this gentle giant would be now if it wasn’t for all of you. This Saturday, there will be more just like him and we are hoping to walk in there and be able to promise them safety. Please help make sure we can do that. Please Give Now!