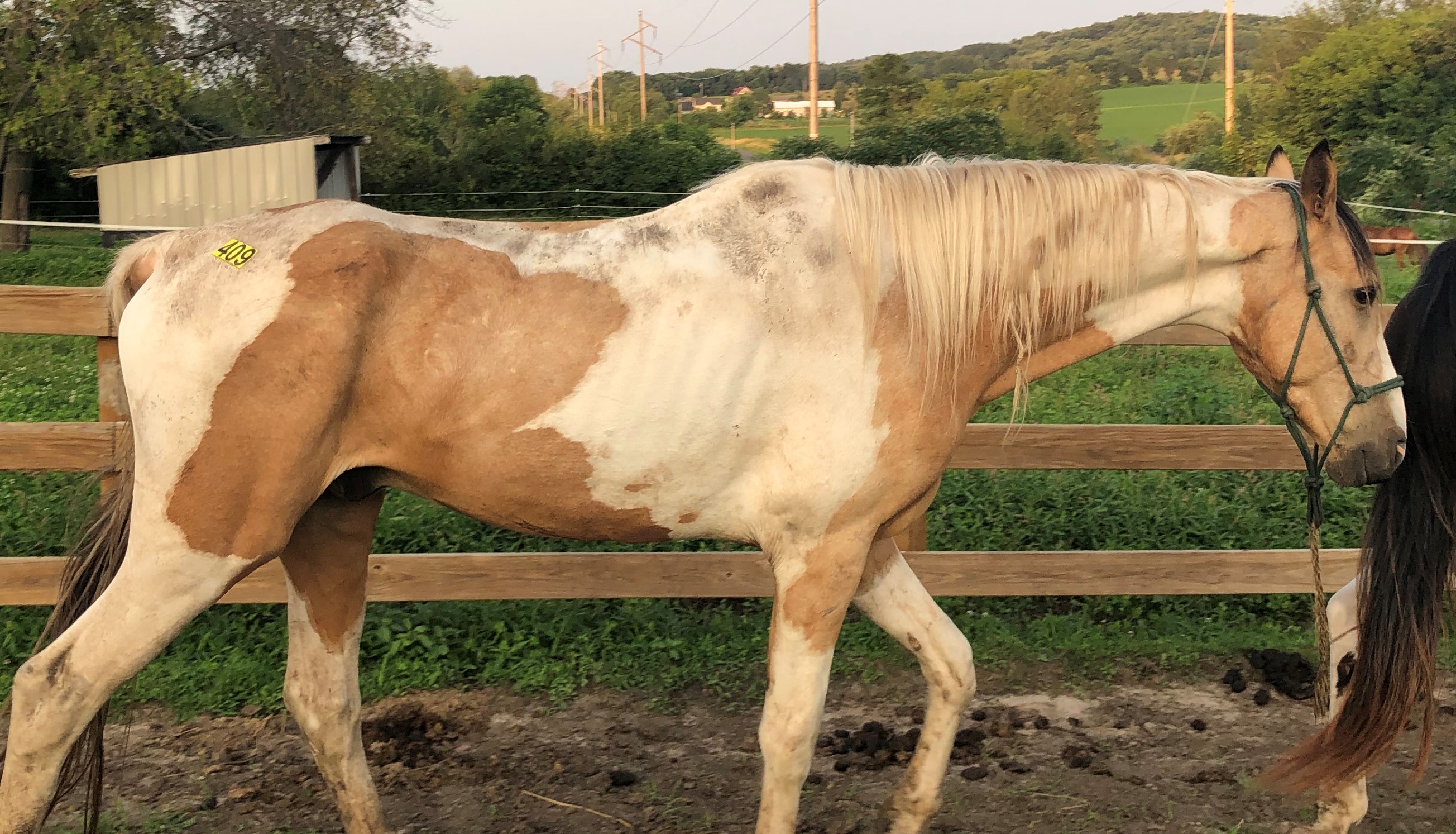 Timon was saved from the auction in July. He arrived terrified with two friends who looked almost exactly like him. They were all beautiful. Their owner explained they just didn’t have time for them anymore and brought them to the auction with little thought (or care) about what would happen to them. And then walked away. Their owner didn’t even stay to see what happened to them. They didn’t stay to “no sale” them if the highest bid was not high enough to keep them off the slaughter truck. They unloaded them, filled out the paperwork so they would be sure to get paid, and drove away. We watched as the trio was unloaded and the fear in their eyes was heart-breaking. But, they still had each other and they were put in a pen together. And they found solace in that. 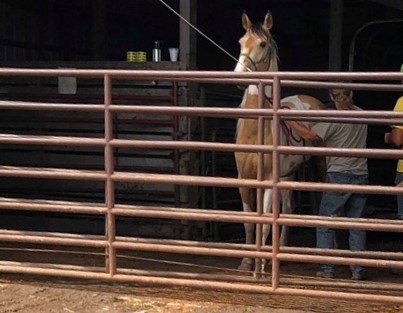 We watched for the three to come through the auction ring, hoping that by the time they did that we would still have enough funds to save them all. Sadly, we did not. They did not come through until near the end and there had been numerous other horses before them that needed our help. When their turn came, we only had enough for one of them. When we won the winning bid, we had .2 seconds to pick which of the three would be safe and which two would not be. The tears welled up in our eyes and our throats tightened as we fought to hold back the tears. We hoped and prayed that a home would pick up the other two, but it was not to be. Timon was moved out of the ring and back to his pen while his 2 friends were ran straight out to the truck awaiting them. Our tears overflowed from our eyes as we heard them all calling to each other. Never to see each other again. Where were you?

Timon was a basket case when we went to load him. He tried desperately to get a glimpse of his friends and called and called to them as he paced back and forth in his pen. For a while, you could hear them calling back. But, soon the banging and clamoring and the heartbreaking sounds of the slaughter truck being filled with those we couldn’t help stopped. The engine fired up and the trailer noisily pulled away as the sounds of his friends calling back to him faded into the distance. He continued to look for them and call for them. But, they no longer answered. His fear only elevated when he could no longer hear them and our hearts broke for him as we saw the desperation and terror in his eyes. Where were you? 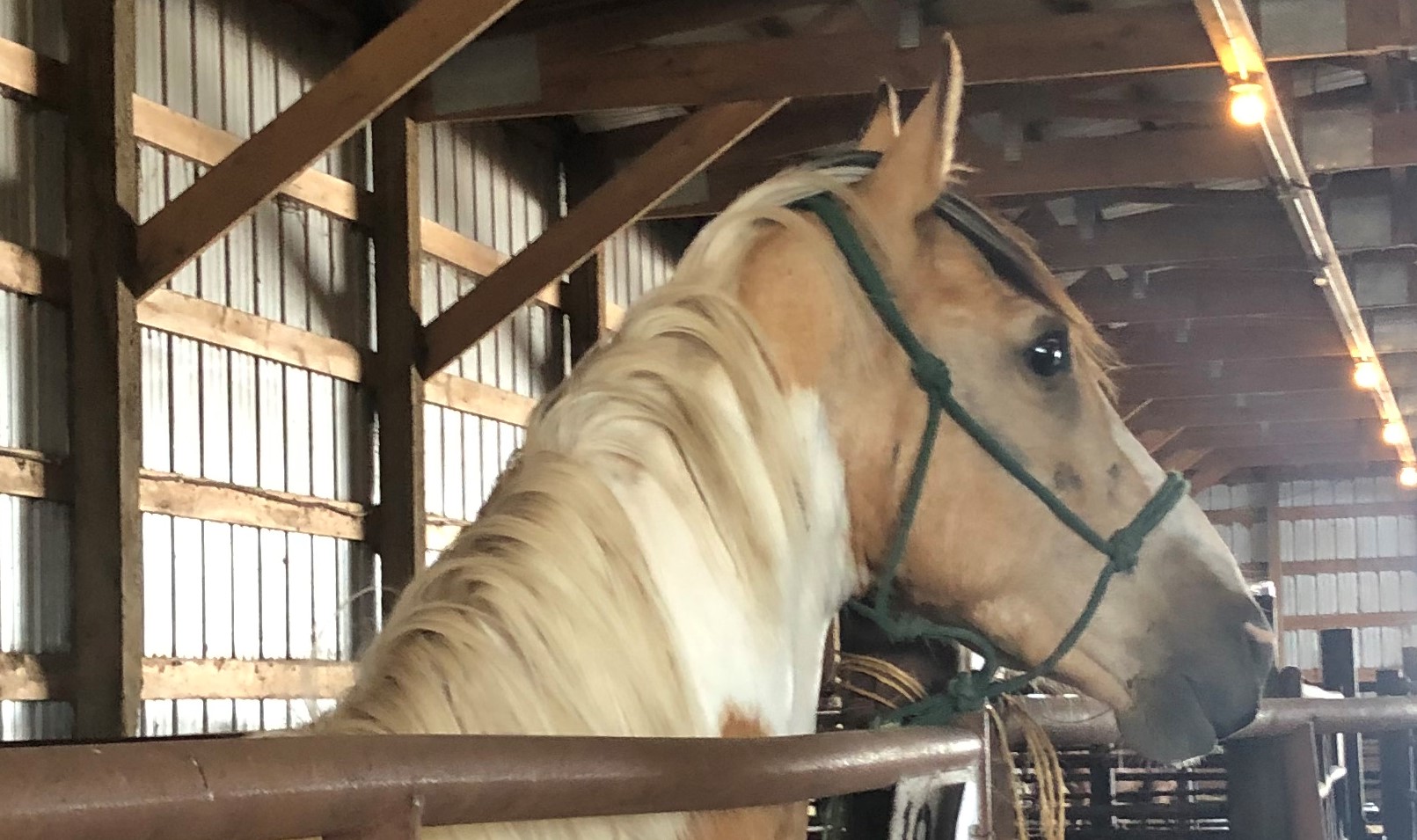 The auction is such a traumatic place for horses to begin with and then to watch a horse be separated from his friends, his rocks, his security, because we did not have the funds to save all three was a horror story within a horror story. Timon is doing well now and has a wonderful new life ahead of him, but we cannot help but think of the two friends he had and the horrible fate they suffered because we couldn’t help them too. All three could now have amazing new lives ahead of them, but we were out of funds. Out of funds. Where were you?

The auction is this Saturday and we are hoping and praying that we will not be put in this situation again. Please don’t make us choose which one of a trio of friends will live and which two will not. It is the stuff that keeps us awake at night as the sounds of their calls fading off into the distance haunt us. Will you be there for them this Saturday? Can they count on you to help us help them? Or will we once again be asking…where were you?