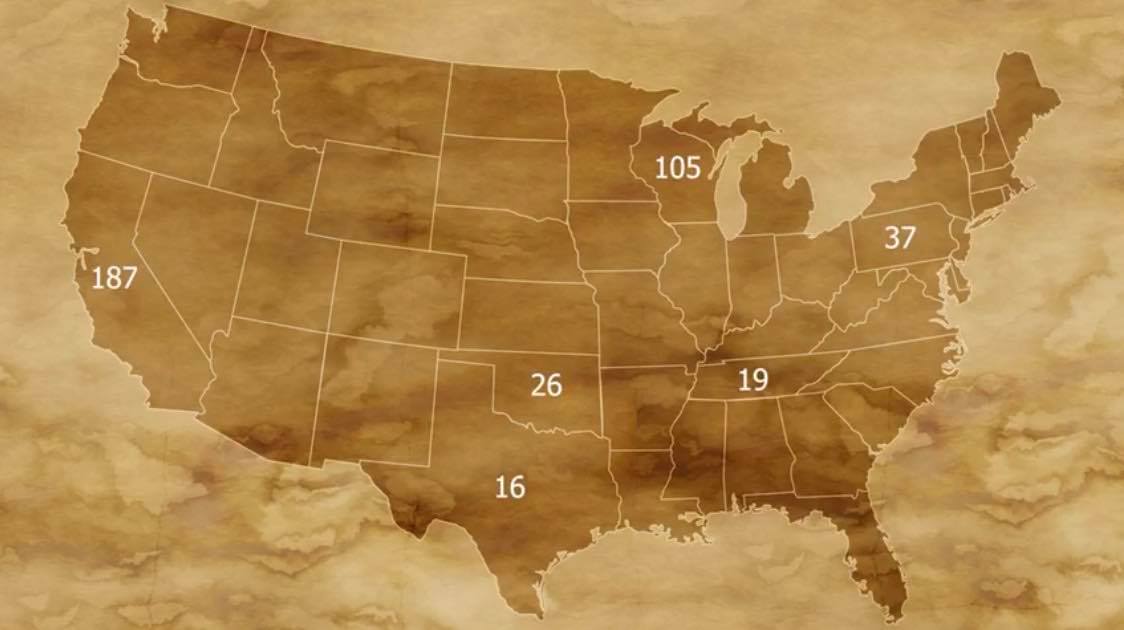 I know. I know. It’s been a little confusing for some since one episode has already aired. However, that was Episode 5 and it was aired first because it was the episode that had already premiered at the Equus Film Festival. So TODAY, Episode 1, the true beginning of the series was posted and will be available on Amazon Prime whenever Amazon gets around to it. Large companies. What do ya do?! Lol.

One thing to keep in mind is that we are not seeing the episodes any sooner than any of you. So, we are watching them all for the first time as well. I will admit that I had to watch Episode 1 twice. There was a lot of information and background provided and it had my mind relating so much, on so many levels, with how Horse Plus started and the path they have been on since, and the complete passion that has been the driving force, and what has brought both them and us to where we both are now. One thing that keeps circulating in my mind is…where will we be in 11 years? Our goals. Our desire to work with and help others. Our constant self-sacrifice to help horses. Our passion for what we are doing. I mean, just thinking about how much has changed around here and how many more horses we have been able to help because of their mentoring over just the last few months, well…add years to this and…honestly…it’s almost scary to think of what we will be able to accomplish and how many we will be able to help….

As I watched Episode 1 for the second time, my mind began to spin. My throat began to tighten (due to other reasons than the tears…lol). I thought back to the first one-day surrender event in WI that we hosted back in 2016. I thought about how much we had changed even just since then. Still peddling away obviously with Nate, for all intents and purposes, funding the entire organization, but so much just since then. Especially in the last year. And it is amazing. And awesome. And incredible. But…scary….

I mean, this is hard. This is not an easy “job”. Just the last week and a half since the auction has worn on me not just physically, but mentally as well. And as you can see from the photo about the number of horses surrendered by state at the free surrender events over the last 3 years, Wisconsin was only second to California. A state that FAR exceeds Wisconsin’s population and size. There are SO many horses, just in and around WI that need help. And, of course, we are here to help, but looking at those numbers (which does not include 2019)…that doesn’t even count the people who did not ask for our help. And it conjures up images of horses starving, neglected, wasting away, or those left just fending for themselves until nature takes over (or with any luck, law enforcement steps in). And those are just the ones that belong to people who throw their hands in the air and give up. But, what about the others? The ones that the owners feel they are “owed” money for just for having the horse? Or the owners that don’t know we are here and that we can help?

Those are the horses who suffer the most. Either left to die, waiting to be seized, or sent to auction where they face the second worst death besides starvation – slaughter.

We have personally been involved in the safe surrender of 158 horses since October 2016. We have personally taken in 25% of those horses. We are the only organization in WI that has been involved and helped horses from each of the three events. On one hand, I wonder, are we just stupid? On the other hand, I wonder, why are we the only ones? Why, in a state that shows such a clear need for organizations willing to take in ANY horse, regardless of age, breed, training, etc, are we the only one who won’t turn their back, no matter what? We asked SEVERAL organizations both in 2016 and in 2019 to help. Only a couple would. Everyone is full or waiting on some horses to be seized. And THAT, now that I typed it, is where my confusion comes in….

Horses at the auctions, horses starving and neglected, the “humane cases” where horses are seized…can all be prevented. We will never sit around and wait for horses to be seized due to neglect or starvation or any reason. Why? Because with the way the laws are now, in order to be seized, those horses have suffered SO much and SO many are too far gone. In fact, sometimes it takes a horse dying in order for the rest to be seized. How, as an equine rescuer, does it make sense to just sit back and wait for law enforcement to do something while the horses are suffering? And besides that, what about the others? Are the neglected and starving horses the only ones that deserve help?

I’m just…I don’t know…my mind is a mess. I feel so sad and frustrated. Our efforts to save horses in need, no matter where they are or what their background is, are so often hampered by those who somehow feel that what we are doing is wrong.

And it boils down to this: I don’t care. Pony Tales was born from a deep-seeded desire to help those that needed it. In my time of need, because of a rescue horse, I was saved. That one special horse who saved me, is driving this entire organization. And I’ll tell you what…I will not let him down. We are here to help the horses. We will take responsibility for your horse if you are unable to do so. We will save horses directly from the slaughter pipeline even if it means that all we can offer is love and a peaceful ending. It will wear on us. We will get weary. We will falter. We will second-guess ourselves constantly. But…we will never give up.

So…while what we are capable of is scary going forward…we will not shy away. And with you all behind us…and with this incredible team that has formed here…oh my…just think of what we can accomplish together….

We are going to the slaughter auction again in just 2 weeks. We have a second (and possible a third) trailer coming with. Help us help them. They don’t deserve to be there. They don’t deserve that fate. We will get to them sooner if possible, but some owners just won’t let us. Please. Give now.